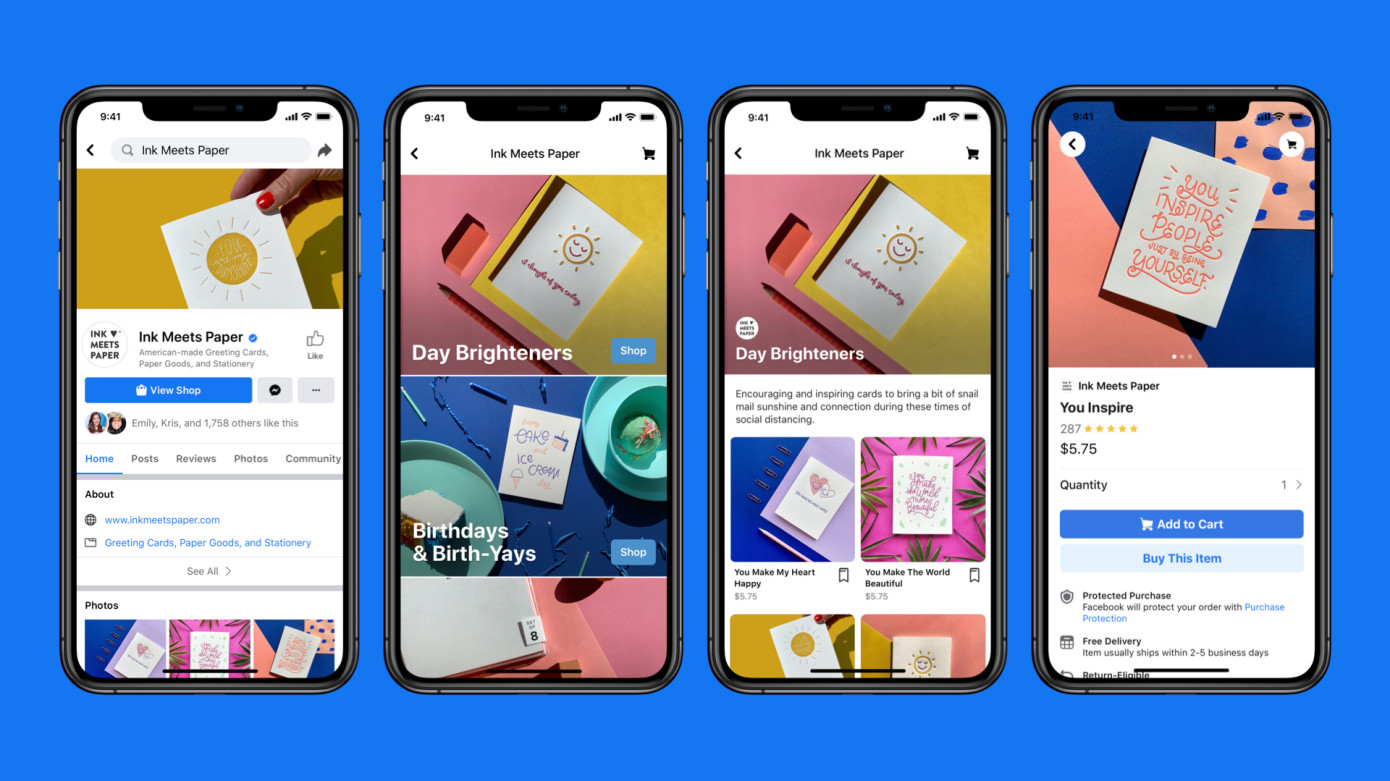 Coming at a time when retail is hurting and ecommerce is booming (U.S. ecommerce sales jumped 49% in April according to new data from Adobe’s Digital Economy Index), there is little doubt that Facebook is both looking to support SMB owners and fast track its own product roadmap.

Both Facebook and Instagram have already supported some level of ecommerce through Marketplace on Facebook and Shoppable Ads on Instagram. However, their new Shops product will enable businesses to better achieve the golden rule of 'meeting your customers where they are' through an easier experience for consumers.

Facebook has also announced a significant push to integrate with partners like Shopify. Merchants will get control over customisation of their storefronts inside Facebook and Instagram while managing their products, inventory, orders, and fulfilment directly from within Shopify. Checkout will be powered by Shopify for merchants, with the platform also offering an Instagram Checkout beta to select merchants.

Live commerce combines live video streaming with the ability to interact with sellers and to buy immediately, whether that be from selling an actual product during a stream or receiving support from a social community.

Through the product, merchants and customers will be able to easily see and keep track of points and rewards. One can see that sticker customers for both merchants and Facebook is a good thing.

Merchants will be able to use these third-party platforms to manage their Facebook Shops, as well as the ads tied to those Shops.

💡 Q&A with the Gallantway Team:

Q: Does Facebook want to capture all discovery through without directly competing with Amazon and Google Shopping?

Yes, of course they want to achieve this.

While there are questions around the anti-competitive nature of doing so, keeping users on the platform through better products is one important way of maintaining and growing its Daily Active User (DAU) and Average Revenue per User (ARPU) metrics. And yes, while there are some users exiting the Facebook platform, Facebook's acquisition of WhatsApp will ensure there is a healthy userbase (especially in developing countries) for the future.

Q: Is this the first step towards Shopify in a 'play nice, extinguish later' move?

The integration with Shopify & other like platforms will certainly give Facebook Stores significant momentum in the short term. However, while this will be good for Shopify, it may force the company to act more like an API for your store. Enabling you to push products out to channels rather than act primarily as a storefront.

Q: Will Facebook Shops replace SMB websites in the future?

If FBS can deliver basic contract & service offering functionality, the ability to access feedback and reviews and one-click setup ad platform it is plausible that there will be limited need for SMB websites as we know them today.